You are here: Home / Malapascua Island 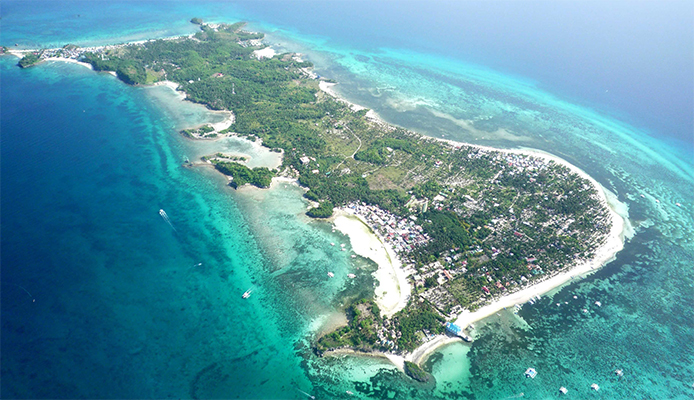 Malapascua Island can be found at the north tip of Cebu Island. To get there from Cebu city (the second biggest city in the Philippines) you need more or less 3 hours. Travel time mostly depends on the traffic situation in Cebu city. But once you made the journey paradise awaits.

The island is called Malapascua but the locals actually call it Logon and the island is considered as a barangay of the town of Daanbantayan. The island takes pride in its reputation as a world class dive island and the blessing to be able to offer a very unique dive experience. Not only is it beautiful under water also above water Malapascua is a truly a tropical paradise island. With it’s pristine white sand beaches its commonly referred as the “Boracay of Cebu.”

The island’s name ‘Malapascua’ is derived from two Spanish words, “mal” and “pascua”, which translated in English means, “bad” and “festivity”. According to the history books, the Spaniards named the island that way after getting stranded on the island during Christmas because of a strong storm.

Over the years , with tourism on the rise, Malpascua has develop into a special bonding of local islanders, foreign islanders and local and foreign visitors. Everybody is greeted with a smile and while walking the island the people constantly greet each other.

Malapascua Island is a promise of great diving and a relaxing beach experience, making it a popular travel destination for local and foreign tourists alike.

Contact us to find out more about how we can help you explore the sea and reach your diving goals.

Devocean stands for devoted to the ocean and to our visitors. Devoted to exploring and protecting the nature that surrounds us.

Devocean divers Malapascua is a well-know dive center in The Philipines. We are a five star PADI IDC dive center and offer fun dives and PADI dive courses encompassing all levels of experience, with safe, experienced guides and multilingual instructors.

We get 5 stars on tripadvisor. Curious what people have to say? See our reviews here.

Give us a review

Your experience with us

Devocean Divers will work to make your diving holiday an unforgettable experience.

Our experienced management and staff have been recognized with the 2016 Certificate of Excellence from TripAdvisor for constantly delivering a high quality diving experience.

We are confident that you will enjoy diving with us. Your experience is our number one priority! 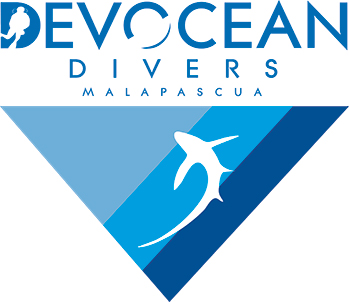